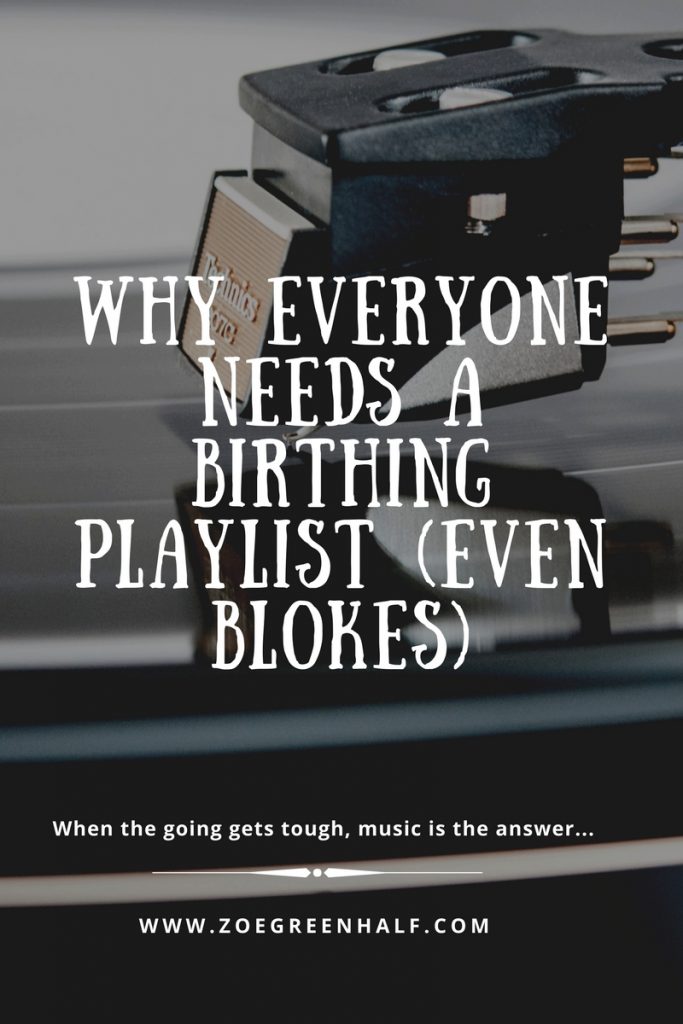 When I was pregnant, I was lucky enough to use the brand new birthing suite in our local hospital. The shiny, new furniture and range of birthing equipment were fantastic but what really interested me was the facility to play music…

I’d known about the USB port in advance thanks to the midwife leading my NCT course and she suggested making a playlist to try and ‘zone out.’ I decided I needed 2: one to relax me and help keep calm; the other to spur me on through the inevitable fear and pain and tears (– as in the wet kind, not the netherly rips, although…)

Anyway, I merrily compiled my 2 lists and wondered if I’d ever have the chance to actually listen to them. Would there be time? Would I even be able to hear the music over my own agonised cries? As it turns out, the answer was yes to both. As I was wheeled in to be induced, I started to feel nervous and, handing over my trusty pen-drive, the midwife fired up the first playlist, rather originally named “Relaxing Music For Labour.” I was soon chilling out to Iris by the Goo Goo Dolls, Good Riddence by Greenday and one of my all-time favourites, The Verve’s Bittersweet Symphony. When the lady in the suite next door started really going for it on the shouting, I felt a wave of fear run through me and politely asked the midwives to turn up the volume, in an attempt to drown her out. ‘Useful this USB stick’, I thought.

Fast forward a couple more hours and the oxytocin was ramped up, with contractions leaving me more and more breathless: here entered playlist number 2, also very originally named “Energising Music For Labour.” I’d love to tell you there was no sign of Survivor’s ‘Eye of the Tiger’ but that would be lying. Nothing beats a bit of Rocky to really help me dig deep when it’s needed and I’ve never had to give as much of myself as I did that day. Accompanying the boxing visuals, were ACDC, Foo Fighters, Guns ‘n’ Roses and then some a little less rock, just to break up the tension and make me laugh a bit; Bryan Adam’s ‘Summer of ’69’ (which always has me nostalgic for student nights out), ‘Burning Love’ by Elvis and Great ‘Balls of Fire’ by Jerry Lee Lewis from my favourite film, Top Gun. Sufficed to say that several hours of music later, as I grit my teeth and pushed, and sweated and cried, (it’s not a pretty event), my son was born accompanied by my own, emotional soundtrack. I wish I could remember exactly which song welcomed him into the world but neither I nor my partner were aware of any music by the end; we were just too caught up in the moment.

But, moving swiftly on. The point here is not to get caught up in tales of childbirth but rather to express the profound effect the right music can have in the right moment. Point in case; my relaxing playlist was then recycled at baby’s bedtime. Or to help me nap during those first, frenetic months. The energising one is proving a real motivator when I’m out running and I occasionally stick it on at home when I’m in full-on procrastinating mode to help focus and get shit done. The funny thing is, it works.

Now I’m not suggesting you literally run off and find tunes to give birth to, but give some thought as to what your current goals are and curate yourself a musical dialogue that helps accomplish them. Do you need to sleep better or take time to unwind? Music can transport your mind to a place that’s far removed from the stressful, physical world around you. Are you trying to get back into focus and complete a long-overdue task? Or do you need to find your creative mojo again? Music, in my opinion, can help this process.

Whether you believe me or not, I’m going to share the 2 playlists that have so far got me through labour, got my baby off to sleep, got me through 10km of running and given me motivation to write several blogposts, including this one. If you decide to use the tracks I’ve suggested, or even create your own motivational playlist for smashing those goals and channelling your inner Rocky, let me know how you get on. I’d be so interested to hear if my AC/DC and Elvis mix are as beneficial to you as they were and are to me! 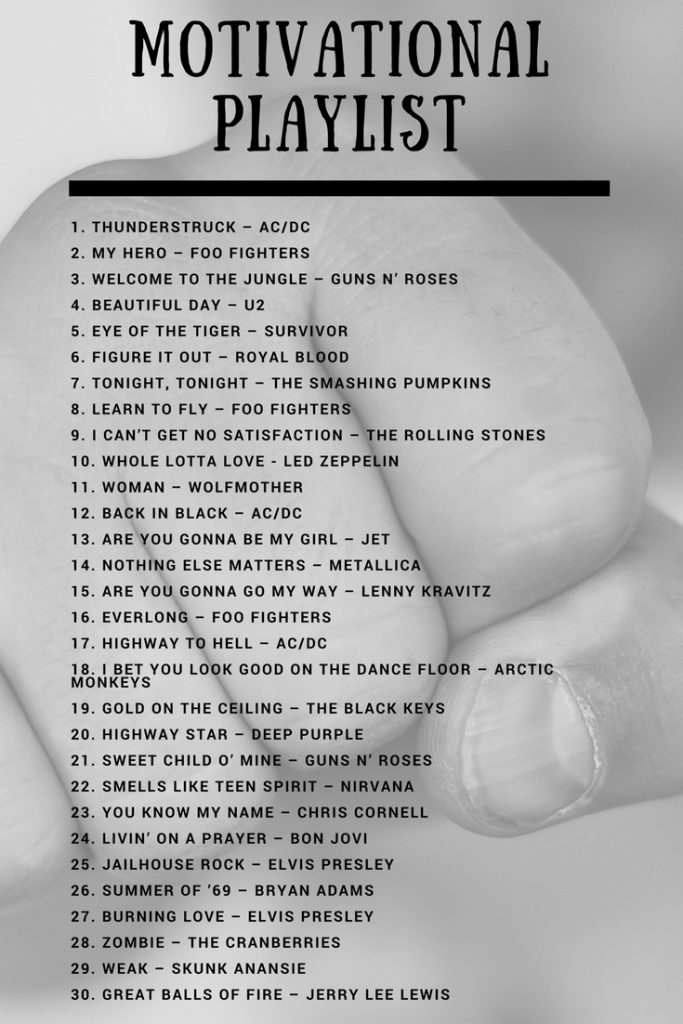 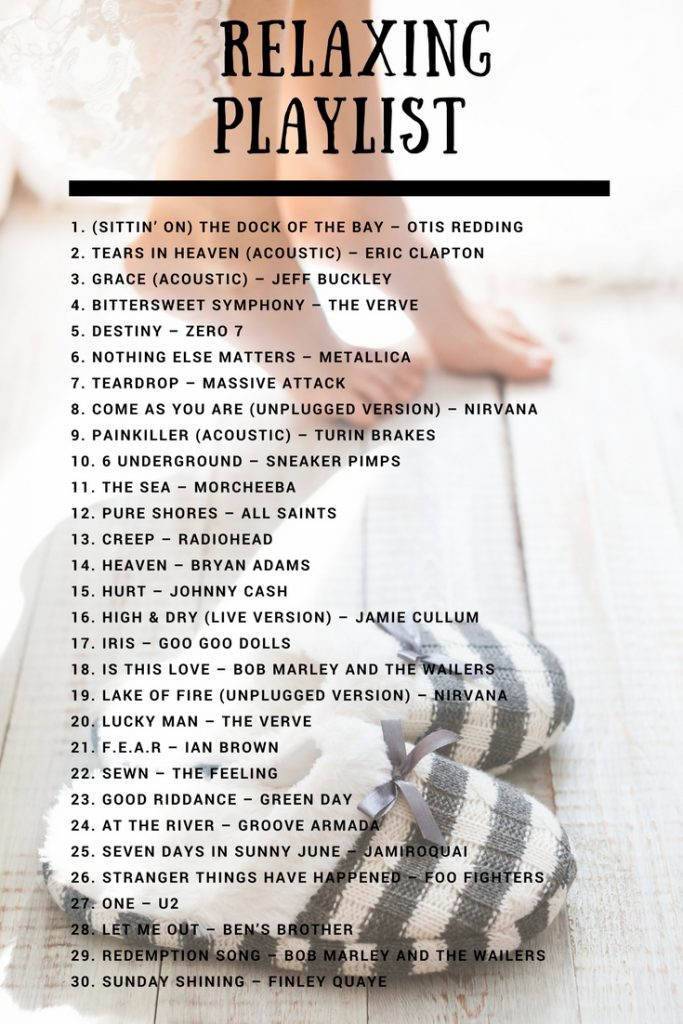